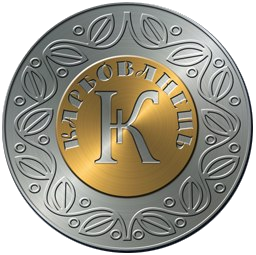 This decentralized peer-to-peer exchange network, which does not have centralized management and the issuer, ensures the confidentiality and anonymity of transactions without intermediaries and regulators. "Karbovanets" is cryptographically protected (encrypted) information, and the Kara-Vans are units of exchange, that is, units of information. They are protected from copying and counterfeiting by "blockade" technology.

The main feature of this crypto currency is the fact that it has a CryptoNight algorithm. This algorithm protects Karbo from ASIC devices.
Other features include:
- Confidentiality;
- Security;
- Transaction speed;
- Absence of intermediaries;
- No restrictions for transfers inside and outside the country;
- There are no regulatory tools;

The daily turnover is $ 100-200 thousand. According to the developers, the initial emission is envisaged for the amount of 10 million karbovanians, after which the additional emission will turn on about 1.2% per year (the reward for the block will gradually decrease to 1 carb. And stabilize on this amount). The commission is 0.0001 KRB for any amount.

The market value of the "Karbovanets" can be seen here.

The name comes from the ancient way of recording settlements or debts by depositing (stamping) on a wooden stick with special marks - a "notch" (serifs) that was spread throughout Europe during the Middle Ages, and was sometimes used even at the beginning of the 20th century. The stick was split in two, and each half with serifs remained with the participants in the transaction. Attaching halves to each other, it was possible to check not forged serifs. This is very similar to the work of the blockade in the Karbovanets network.

All questions and discussions on this topic, please write to our forum here.